Contour implements an envoy sub-command named shutdown-manager whose job is to manage a single Envoy instances lifecycle for Kubernetes. The shutdown-manager runs as a new container alongside the Envoy container in the same pod. It uses a Kubernetes preStop event hook to keep the Envoy container running while waiting for connections to drain. The /shutdown endpoint blocks until the connections are drained. 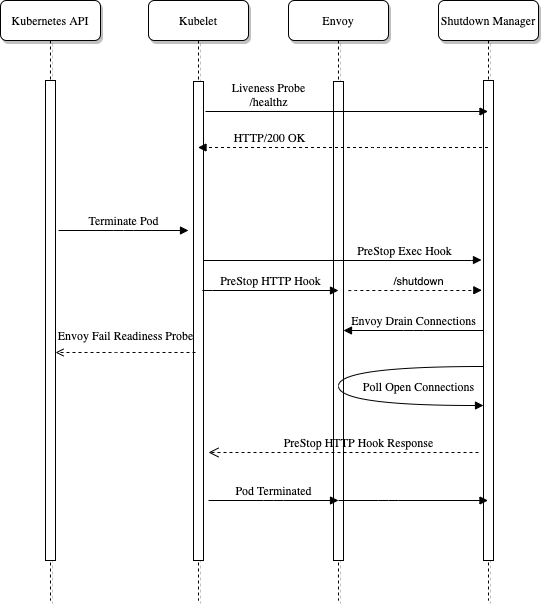